Misbehavior ... it happens.  When it happens in my house, I get punished.  But what exactly constitutes misbehavior?  Yes, there are clear examples of what misbehavior is, but there are often subtle, less obvious.

On Thursday night, Mistress K. and I got into a bit of a snit.  She had made plans to meet a dear old friend of her mother (passed away) that was traveling through Phoenix and wanted to get together for breakfast on Saturday morning.  She also made plans to meet a couple of girlfriends (not that kind) from high school that also happened to be in town on Saturday in the afternoon for catch-up talk, wine and all the fun stuff that comes from those kinds of reunions.  She had told about the visit with friends a week previous, but I had forgotten she had told me.

When I asked how long she would be with her friends on Saturday, she said "I'm meeting them at 2pm and I don't know when I'll be home."  I got whiney and pouty and I spoke in a disrespectful manner to her in expressing my displeasure with that answer.  Why?  Well, not in the way of an excuse, but Mistress has been swamped at work for months.  The kind of swamped that meant she was going to the office when it was dark, and coming home when it was dark ... even in the summertime when the days are loooong.

I said something insensitive and selfish like 'so, on 2 of the 7 days I actually get to spend some time with you, you "decided" (yeah, I did they quotey thing with my fingers) that you are going to allow unknown circumstances decide whether or not we'll be together on Saturday?"  There were other things, but you get the idea of what a needy, whiney little bitch I was being. 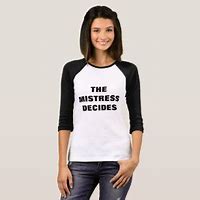 We (she) sorted things out relatively quickly and I apologized.  The rest of the night was a tiny bit tense but we were lovey dovey for the rest of the evening .  The next morning, instead of receiving the Cock Therapy (here) I was expecting when she told me to remove my pants and pointed to the ground, I got a real hard spanking.  She said "I will not be talked to like that", and proceeded to administer the correction I rightfully deserved.  When it was over, like always, all was good.  I helped her into her panties from my knees and prepared her travel coffee and her car for her departure to the office. 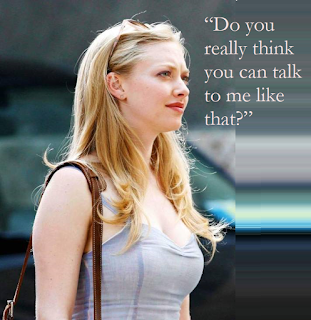 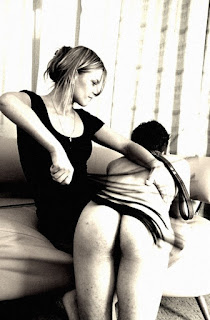 Then, around lunchtime I realized something about what happened the night before.  Not only did I speak in an insolent manner to Mistress K., which was atoned for, but I had also done something even more egregious that neither of us seemed to recognize.  She had made a decision about what she will be doing on Saturday, who she will be doing it with, where she will doing it and for how long she was going to do it.  And I completely disregarded her decision.  I felt awful all afternoon and couldn't wait for her to get home so I could tell her I recognized what I had done, and to apologize for it.  She came home.  I apologized, she very, very much appreciated it and hugged me hard for about a minute.  It was eye-opening for both of us.

One of the tenets of our relationship is that when she makes a decision, it is final and does not (should not) require any scrutiny.  It is at the very core of the amount and type of trust I have in her.  I wouldn't have it any other way!

Please be kind and leave a comment, even if it isn't kind. Comments are always appreciated.

We'd sure love to hear from you